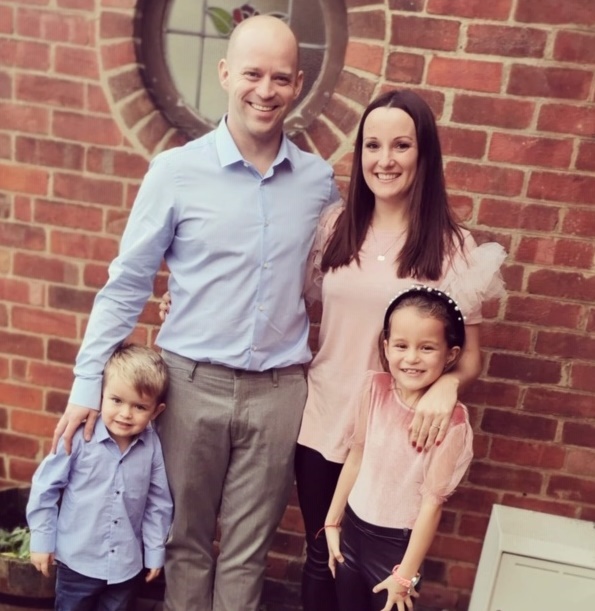 Livewell supports many health promotions and the #SmearForSmear campaign during Cervical Cancer Prevention Week (20-26 January) is very close to our heart with former team member, Katie sharing her story below.  Find out the facts not the myths at Jo's Cervical Cancer Trust.

At 33 years old I have always booked and gone for my cervical smear test since the age of 21. My first test did initially suggest abnormal results but after a re-test 6 months later, I was assured everything was ok.

Since then I have had two beautiful children and had two more cervical smears which were both normal.  So, in October 2018 when I hadn’t heard anything from my most recent test I thought everything was still fine.  But, I had a call to go for a colposcopy, which is an examination to take a closer look at your cervix and is usually done if a cervical screening (a smear test) finds cell changes (abnormal cells).  The consultant explained to me that my results had shown a low level of abnormal cells but he wanted to send off a biopsy.  The result came back with a high grade CIN3, which showed high grade pre-cancerous cells.  I was very scared and frightened thinking the worst, but also felt lucky that they had found this before it had developed into cancer.

I have since had a small treatment which has got rid of these cells and 6 months later my smear test is back to normal.  This has been such a relief to me as I suffer from health anxiety and so it was a really scary time, but I know that I have a family that needs me to keep healthy and protect myself and by going regularly for a cervical smear I am doing just that.

My message is - please get checked ladies, it could save your life.

Category
Professional
Date
Back to news