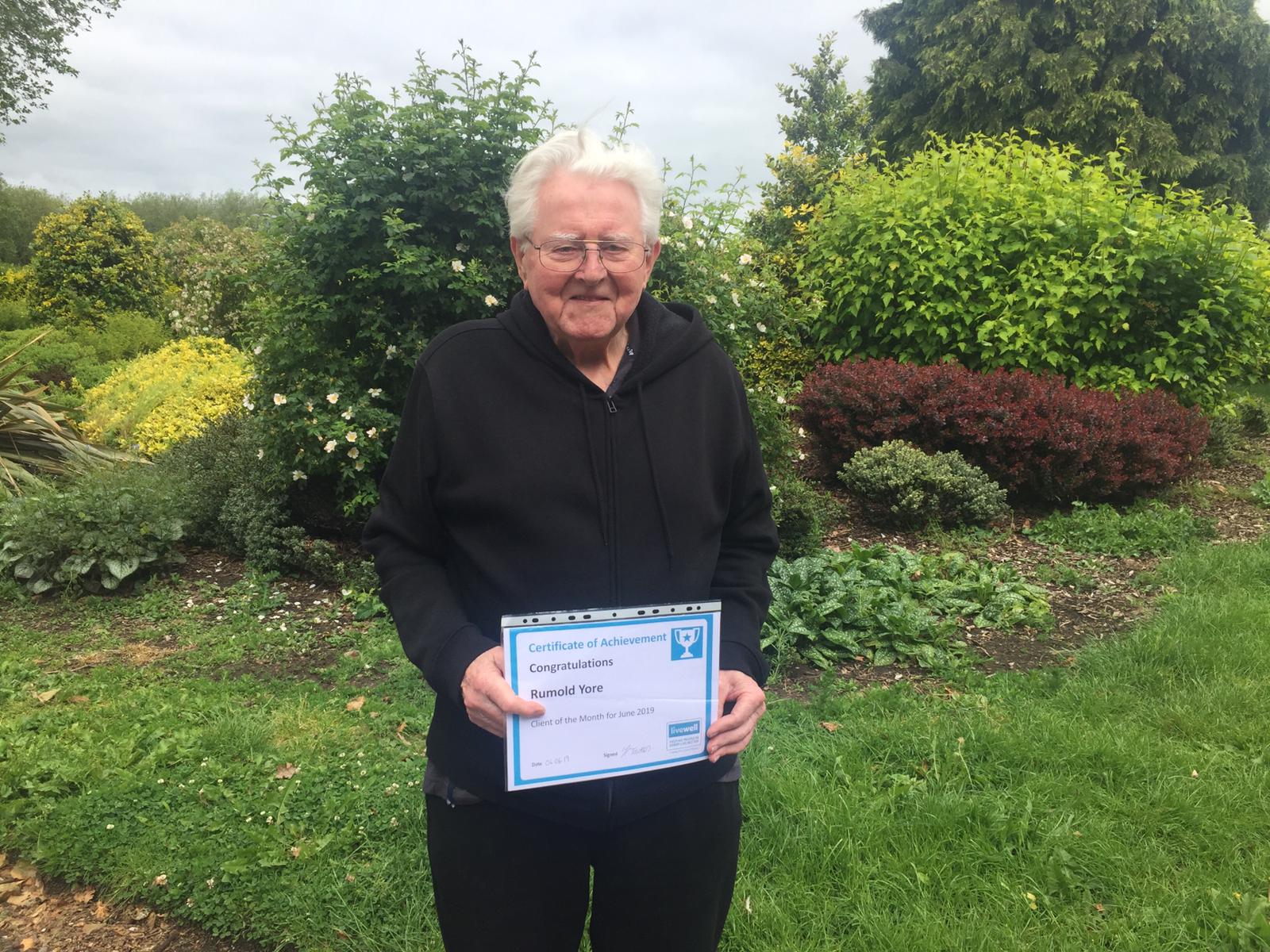 Proving that it’s never too late to change your lifestyle, 82 year old Rumold Yore is our June client of the month, nominated by advisor, Sufyaan.

Please talk to your advisor if you’d like to be nominated or would like to recommend a fellow client.

“I’m a different man - I could barely walk a few yards six months ago, now I exercise every day.”

Rumold has lost almost a stone and 6% of his body weight since joining Livewell in November.  The retired British Rail joiner grew up in Trim in Ireland, moving to the UK in 1956.  He has lived in Derby for the last 40 years.

Stepping on the scales at his new surgery prompted his decision to join Livewell.

“I was horrified to see the needle settle at 15 stone 8lbs.  I’ve never been that heavy and vowed to do something about it.”

Rumold suffers with chronic obstructive pulmonary disease (COPD) – a group of lung conditions that causes breathing difficulties.  This can make exercise more difficult but gradually increasing physical activity in a safe way can improve shortness of breath, energy levels and other symptoms.

Rumold’s advisor, Darminder suggested he try one of Livewell’s beginner led walks in Normanton Park.  After steadily increasing his distance between rest stops, Darminder introduced a gentle gym programme which Rumold built up to three times a week.  Within three months Rumold was enjoying exercise every day.

“Before I joined Livewell I could hardly walk five metres without feeling breathless.  I’d always make sure I parked as close to places as possible and I’d do everything to avoid exercise.  Now I love to get out for a walk.  It’s nice to chat to others on the Livewell walks which I join every week at Normanton and Alvaston Parks.  I even walk around my block on the days I’m not in the gym.  My breathing is much better and my gym programme feels easier.”

Eating more fruit and vegetables and reducing his portion sizes has also helped Rumold to steadily shed the pounds.

“I still have a big plate but half of it is made up of vegetables.  I’ve cut down on the amount of potatoes and meat I eat so my meals are more balanced.”

Advisor, Sufyaan hopes that Rumold’s story will inspire other people with health conditions:

“I nominated Rumold for the drastic improvements he has made to his fitness despite having COPD.  When I originally met Rumold at the Normanton Park walk he did one lap of the park in 40 minutes with four rest stops.  Three months later he could do a full lap without stopping in a much quicker time.  It goes to show that with some professional advice, people with COPD or other medical conditions can introduce physical activity to improve their health.”

Rumold pictured below with walkers at Normanton Park. 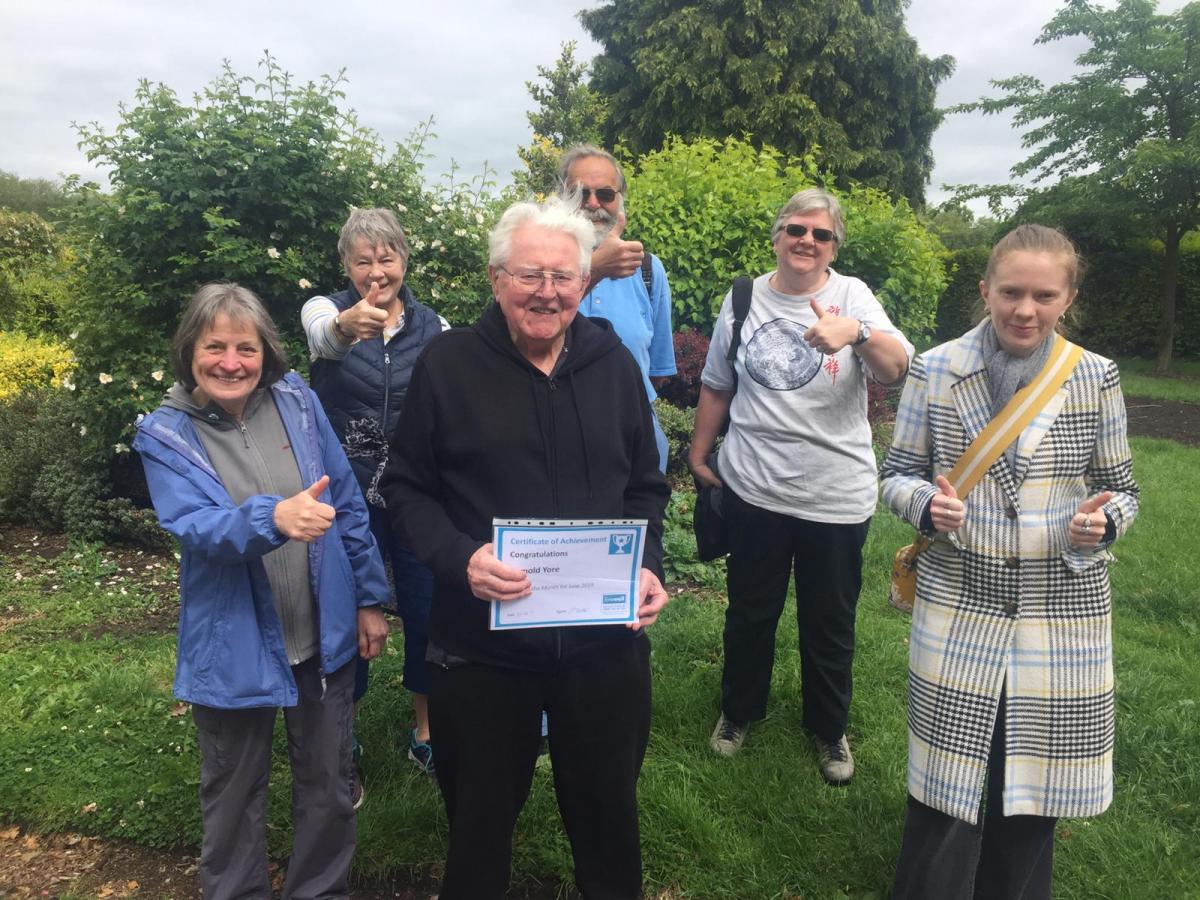 Date
Back to news